The next episode of  The Dub Zone (TDZ#90) will be released on January 7th 2011.  Just wanted to take  a break over the Christmas period.

If you really really cannot wait then you can download it from… here!

It’s nice to learn that not only did I manage to win an award in the European Podcasting Awards for 2010, but also 4 other members of the Association of Music Podcasting got into the Top 20 as well!  Big up to Justin Wayne, Grant Mason, Peter Clitheroe &  Rowley Cutler!

Secret Archives of the Vatican’s 2010 releases 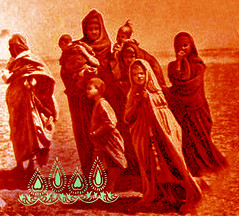 It’s almost Christmas and therefore it’s a fitting time to acquire any of 2010’s Secret Archives of the Vatican releases you may have missed.

This music will improve your holiday!

A new creative commons netlabel is launched today. mime_ is a netlabel based in Sardinia that promotes environments and landscapes with a mimetic dub musical approach. Go and checkout the first release with Arogalla and Dadub.

I’ve you’ve not checked out Phlow Magazine’s Advent Calendar for 2010 then you really should. There’s always an excellent mix of diverse, free, creative commons licensed music to download and enjoy. Give yourself an early Christmas present!

Somehow I’m managed to snag an award with PCP as the “Best Personality Podcast in the UK” in the European Podcast Awards 2010. I have no idea how this happened, but thanks to whoever voted.

Since the release of Celt’s debut album Dervish last year his reputation as a producer, remixer and performer has grown solid. He has been busy working on new material and playing club nights and festivals in the UK and Europe with his live outfit the Celt Islam Soundsystem. Celt’s live performances have had audiences mesmerised with his unique mix of heavyweight dub riddims, DnB and dubstep, fused together with a strong middle eastern flavour. This original sound earned him a slot on the BBC Introducing stage at this years Glastonbury festival, which was followed up by a cracking profile in the BBC documentry ‘Hello Glastonbury’.

In the last year Celt has released tracks on compilations such as Fuel Vol 2, Sufi’s Secret 2 and On the Level by Future Dub along with the Foundation Trilogy EP’s on U.S.R.

The new album Al Mizan started out life as an exclusive 6 track download EP back in August on the Urban Sedated download store, demand has been high for a physical product so we have prepared a limited edition CD with 9 new tracks and fresh artwork.

So turn up the bass levels, and enjoy the second album from Celt Islam – featuring the many talents of Bongo Chilli, Ricoshay, Inder Goldfinger, DanMan and Dawoud Kringle.